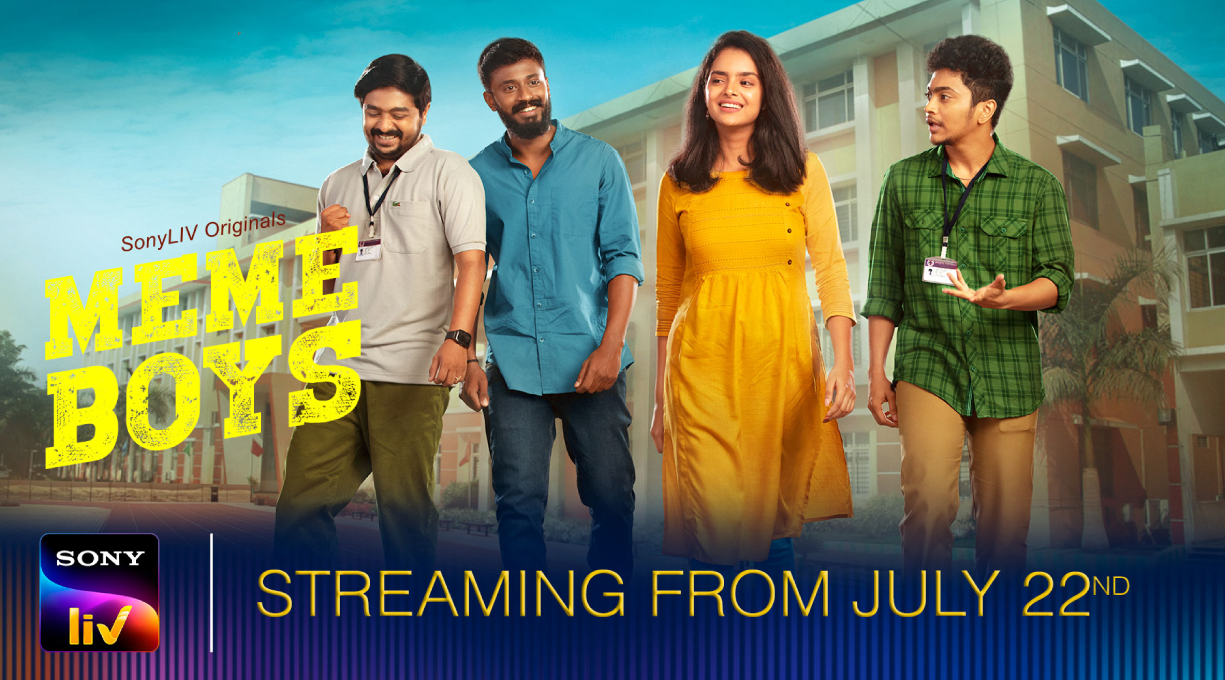 ~‘Meme Boys’, a SonyLIV Tamil original show, is an 8-episode young adult comedy series starring Guru Somsundaram and Aadhitya Baaskar, created by Rajiv Rajaram with A. Gokul Krishna as the showrunner ~
~Rainshine caters to a diverse audience across the country with engaging regional content in Hindi,English, Tamil, Telugu, and Kannada in varied formats~


National, 21 st July 2022: Rainshine Entertainment,a company that creates exceptional stories for global audiences, strengthens its regional footprint with an enviable line up of original content.With their owned and partner studios, the company has made its mark by presenting regional offerings (Tamil, Telugu, and Kannada) across captivating content assets, including podcasts, films, series, and brand-supported titles, that engage fans in India and around the world. Following this, Rainshine Entertainment will release its original Tamil production, Meme Boys ,streaming exclusively on SonyLIV from 22nd July 2022.


Meme Boys is a hilarious eight-episode Tamil series produced by Rainshine Studios (formerly CM Studios), created by Rajiv Rajaram & Drishya, directed by Arun Koushik, and A. Gokul Krishna as the showrunner. The show stars Guru Somasundaram of Minnai Murali fame and Aadhitya Baaskar of 96 fame. The show, targeted at Gen Z, revolves around a college and its playful students who make viral memes on an anonymous social media page to tackle their authoritative dean! Meme Boys is the latest title to join Rainshine’s array of shows and franchises that have kept audiences across the country hooked to their streaming screens.


Speaking on this occasion, Anuraag Srivastava, CEO of Rainshine Entertainment (India), said, “This show exemplifies what we as a studio wish to stand for - Hyperlocal, contemporary, and young. We worry about engagement a lot – be it the story or episodes. And as far as we are concerned, so- called ‘regional’ is mainstream. We neither take our clients nor our audience for granted – and therefore see no reason to classify them as less or more important. Steadily, we are building our reputation as a powerhouse in entertainment with an excellent line-up of titles. We are excited about our partnership with SonyLIV as we push the envelope on content in India together.”


Rajiv Rajaram, Vice President - Content - Originals of Rainshine Studios & Creator - Meme Boys said , “Memes are an intrinsic part of our lives in this post social media world. Through Meme Boys, we hope to capture the zeitgeist with a story about a motley crew of misfits armed only with humor and self-awareness. We hope that Meme Boys on SonyLIV will have viewers love original content more than ever.”