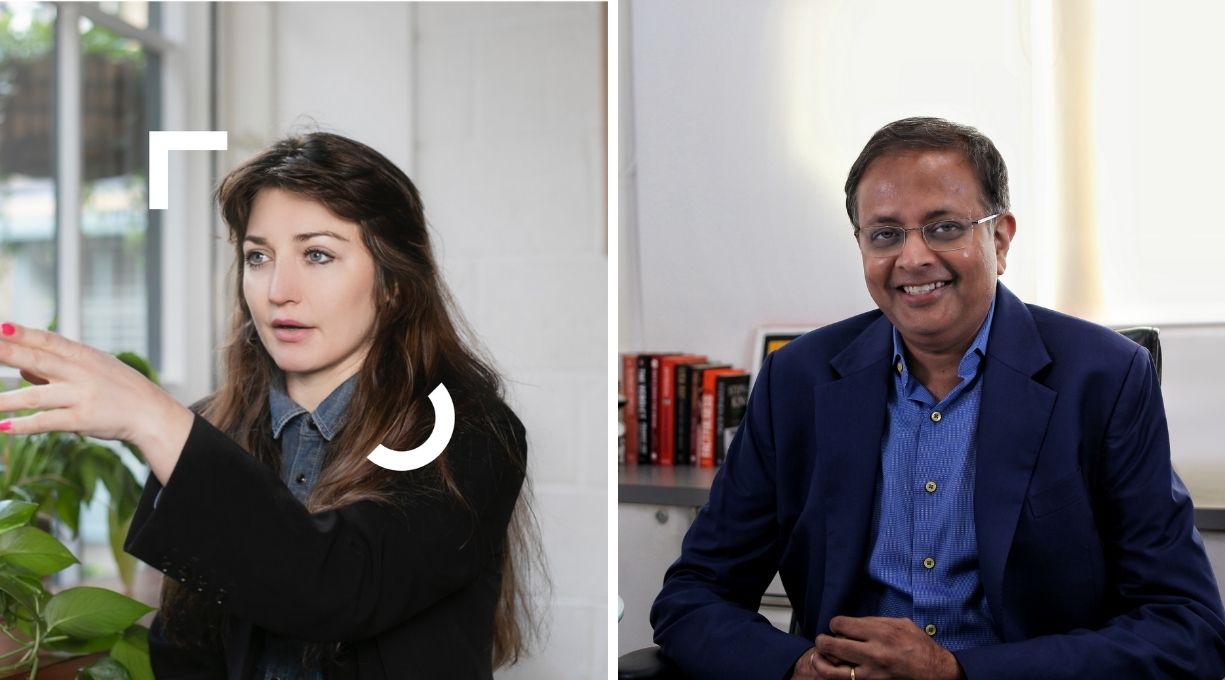 
Rainshine Entertainment is a leading entertainment company that creates, nurtures and develops content studios, which create fabulous content for Indian and global audiences, and Five Fifty Five is an award-winning UK based media company committed to content worth creating.


This joint association brings together two passionate minds from the industry - successful Entrepreneur, Investor and Consultant, Neeraj Bhargava, who is the Founder, Chairman and CEO of Rainshine Entertainment, and Kate Baxter, an award-winning international Filmmaker, Actor and Creative Director, and the Founder and CEO of Five Fifty Five. Leveraging the expertise and strengths of the two companies, this partnership unites them in their common endeavor to offer consumers a diverse and enthralling range of stories that spans genres and audiences.


Together, the companies hope to provide a platform for communities globally to tell their own unique stories, with a focus on the marginalized, the misunderstood, the overlooked, and the unheard. All this with a strong belief in consumerism being best driven by sustainability.


Working closely with Creative Director Kate Baxter and her team from Five Fifty Five, this partnership will be supported by two other key members of the Rainshine team – Kiran Nithyanand, SVP, Emerging Business, and Harleen Chadha, Sr. Product Manager.


Setting the wheels in motion, the initial set of IP franchises to be launched through this partnership include an untitled project, directed by Marine Corps Veteran and GLAAD-award-nominated filmmaker Elegance Bratton; an untitled Raoni Metuktire project, directed by Kate Baxter, about the first environmentalist and 2020 Nobel Peace Prize nominee, Raoni Metuktire, and edited by award-winning Eduardo Serrano; and The Dark Lady, based on the bestselling research and book 'Shakespeare's Dark Lady' by Dr. John Hudson. Rainshine Entertainment and Five Fifty Five will also join hands to create a wide range of podcasts, led by Jack Bowman, an award-winning audio fiction writer, director and producer, and Sandra Labady, well-known audio and digital content producer.


Commenting on the new venture, Kate Baxter, Founder and Chief Executive Officer of Five Fifty Five, said, "Working alongside my colleague and friend, Neeraj Bhargava, I am thrilled to see opportunities for Five Fifty Five's international content to be produced and distributed to a global audience. Our partnership provides a wider platform for Five Fifty Five's development incubator which includes 50+ creatives across 5 continents, speaking 30+ languages. Never in history has there been a more urgent and opportune moment for the unheard voices we develop and support to be spread through traditional channels."


"We are a team of passionate storytellers with a constant endeavor to offer high quality and engaging content across formats and genres. Staying true to this, we are delighted to partner with Five Fifty Five, a company that echoes what we believe in. This association presents an exciting opportunity to broaden the scope of our offerings and facilitate the global distribution of our combined work to a more diversified audience worldwide," said Neeraj Bhargava, Chairman & Chief Executive Officer, Rainshine Entertainment.


Here's a sneak peek into the impressive line-up of content that will be rolled out first as part of this joint venture:


Untitled project – Directed by Marine Corps Veteran and GLAAD-award-nominated filmmaker Elegance Bratton, this is the story of the first African American regiment to fight in WWI, and how they moved the world against all odds on and off the battlefield. The project is a global, music-heavy, action-driven political-commentary that is a highly demanded show in the current social environment.


Untitled Raoni Metuktire project – Directed by Kate Baxter and edited by award-winning Eduardo Serrano, this is the story of the first environmentalist and 2020 Nobel Peace Prize nominee, Raoni Metuktire, whose village is now in critical danger due to Brazilian president Bolsonaro's urgency to overtake their land and the Amazon rainforest, for international business deals with the likes of Donald Trump.


The Dark Lady – Based on the bestselling research and book 'Shakespeare's Dark Lady' by John Hudson, The Dark Lady is a shocking, hard-hitting, truly global true story about the critical thinking of the black Jewess credited with writing much of Shakespeare's work.


Podcasts – Our Fiction and Non-Fiction departments have multiple genre-bending podcasts under development.