The film will highlight composer, James Reese Europe and the historic Harlem Hellfighters 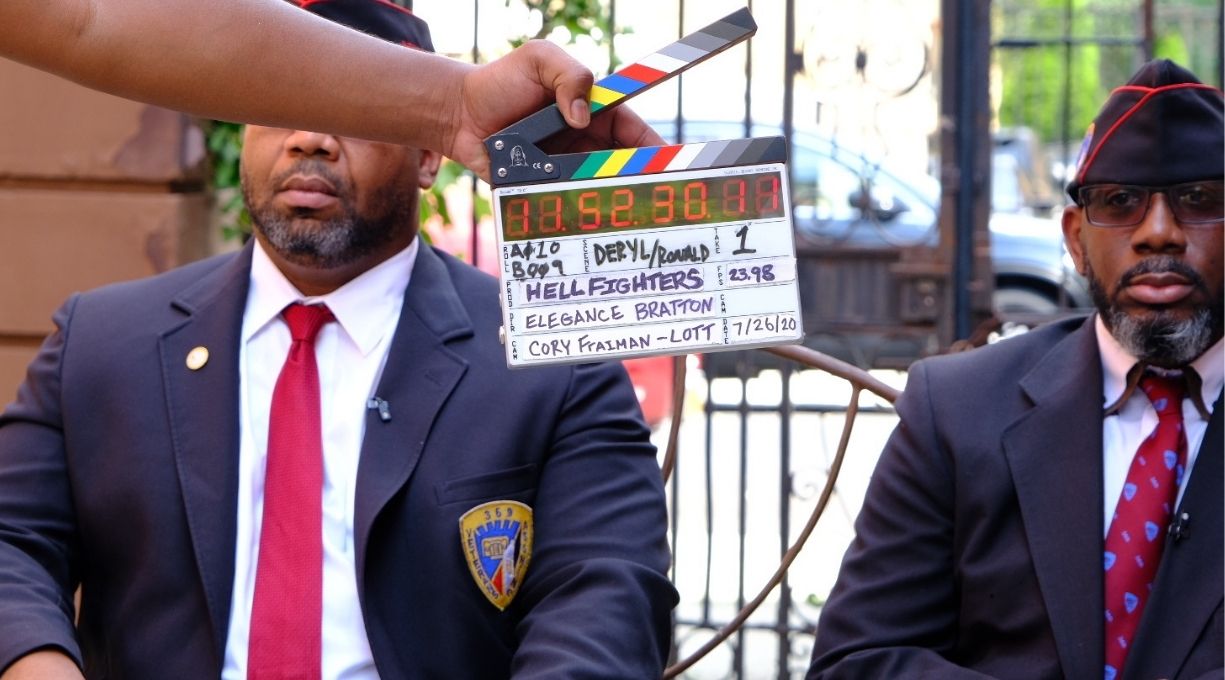 Five Fifty Five and Rainshine Entertainment announced the production of a new feature documentary "Hellfighters," to be directed by Marine Corps Veteran and Sundance Film Festival and Tribeca Film Festival alum, Elegance Bratton (PIER KIDS, WALK FOR ME, BUCK). The film profiles African American Jazz pioneer and music mogul, James Reese Europe, who was a lieutenant in the 369th Infantry Regiment known as the Harlem Hellfighters, the African American military unit to fight on behalf of the United States during World War I.


"As a veteran and artist like James Reese Europe, I immediately knew I wanted to tell his story," said Bratton. "WWI was driven by Europe's desire for control of Africa - there is a cruel irony in that the Hellfighters believed the only way to gain full meaning of U.S. citizenship was to sacrifice their lives for an America consumed with their own degradation. I am grateful to Five Fifty Five and Rainshine for creating a platform for this project."


James Reese Europe was born in 1888 to Henry Europe, a formerly enslaved man and employee of the Internal Revenue Service, and Loraine Europe, a teacher. At a time where there was no clear path to prosperity for Black Americans, he would become the most prolific composer of the ragtime era, igniting the Harlem Renaissance and inventing Afro-Latin Jazz, as well as founding the first Black musician's union. At the height of his career, he enlisted in the military to fight on behalf of the United States during WWI. With him, he brought jazz and Black culture to France and the global stage.


"The film packs a punch of perspective considering our director's uncanny interrelatedness to the story. Elegance is a saxophone-playing, Harlem-residing, ex-military, French-speaking student of African American Studies," said producer, Kate Baxter (Five Fifty Five), who after pursuing the story as her next project, found the perfect collaborators in Elegance and co-producer Chester Algernal.


"It's not very often you get to tell stories about people whose shoulders you stand on. Without the Hellfighters' sacrifice 100 years ago, we wouldn't be able to make this film," said producer Chester Algernal.


Neeraj Bhargava, Chairman & CEO, Rainshine Entertainment, said: "Five Fifty Five and Rainshine Entertainment recently announced a joint venture to provide a platform for communities globally to tell their own unique stories. Hellfighters, our first production together, is a story that is highly relevant in the current times and a testimony to our vision of bringing meaningful and extraordinary stories to audiences worldwide."

Elegance began making films as a US Marine after a decade spent homeless. Today, he holds a BS from Columbia University (2014) and MFA from NYU Tisch Graduate Film (2019). He wrote and will direct the feature, The Inspection, which is being produced by Gamechanger. His short film, Buck, premiered domestically at Sundance 2020 and the London Film Festival (BFI) 2020 and is currently being developed into a television series. He is one of Indiewire's 25 LBGT faces to watch (2019).

Five Fifty Five is an award-winning UK based media company where authentic storytelling, technology, and social entrepreneurship merge. Committed to championing ground-breaking stories and voices, we employ a diverse network of creatives across 5 continents, to create impactful content that shifts perspectives on age-old-tales that are for the present.