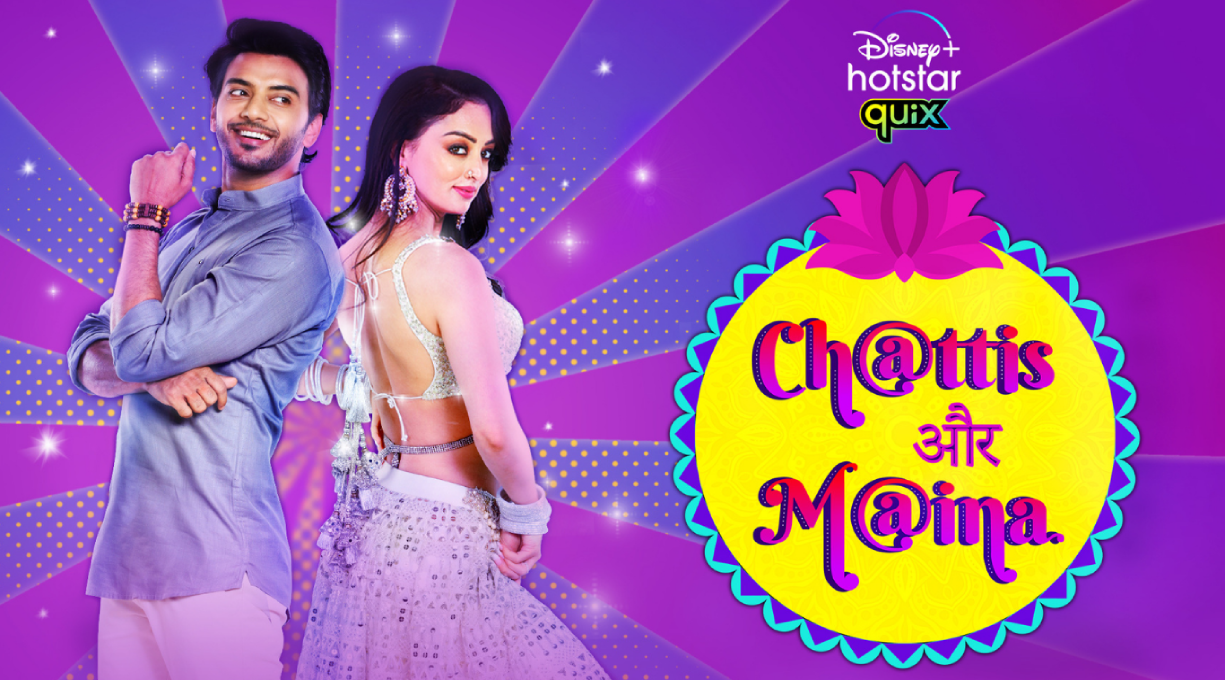 CM Studios, a leading content studio owned by Rainshine Entertainment, that focuses on developing and producing high-quality original video and audio content for Digital Platforms, announces their latest production Chattis Aur Maina for Disney+ Hotstar, India's largest premium streaming platform. The short-format show premiered on Disney+ Hotstar as a part of a new bouquet of snackable shows that pack a punch by delivering king-sized entertainment in small doses. The show is available to stream on the platform for free.


Starring popular actors like Sandeepa Dhar, and Vikram Singh Chauhan in the lead roles, Chattis Aur Maina is a family drama directed by Shraddha Pasi Jairath, conceptualized by Saad Khan & Saishree Dattatreya and the showrunner is Mitu. Through 15 episodes, the series chronicles the empowering love story of Chattis and Maina - two people who are like chalk and cheese in a brimming town called Dhooppur. As the lead of ‘Visphotak Angels’ the dance troupe that has come to town for the wedding season, ‘Rani Angel’ aka Maina, has run-ins with the neighborhood good boy, Chattis, the son of a local failed politician Mehak Singh, while all the townsfolk love and hate her in turns. Will Maina and Chattis take a liking to each other and achieve their respective dreams, or will they become pawns in Mehak Singh’s agenda of reviving his failed political career.


Speaking on this occasion, Anuraag Srivastava, Co-Founder & COO, Rainshine Entertainment and CEO, CM Studios, said, “We are excited to partner with Disney+ Hotstar to produce ‘Chattis Aur Maina’. This episodic musical love story presented in a snackable ‘TV plus’ content avatar continues the streak of innovative strategies that digital platforms and OTTs are experimenting with to attract audiences, and we in CM Studios want to be at the forefront of partnering with them in such innovations. The show is very special to us as it was primarily produced during the lock-down and is a testament to the high-quality content our teams can deliver during the most challenging times.”


Since its inception in 2018, CM Studios has produced several award-winning, long-format and short-format video shows, films and audio (podcast) series for top, global streaming platforms. With an added focus on the young adult and the youth segment – the production company has explored a plethora of genres that include crime, thriller, and romance featuring the leading creators of the Indian digital entertainment industry. Some examples include Amoli the 66th National Film Award-winning documentary film, Hoop Nation, a multiple Promax Award-winning lyrical documentary series in collaboration with NBA and Thriller Factory, an audio crime series featuring Anurag Kashyap, Tabu and Nawazuddin Siddiqui.


The show was launched on May 28th, 2021 and will see one episode available to stream every day on Disney+ Hotstar.