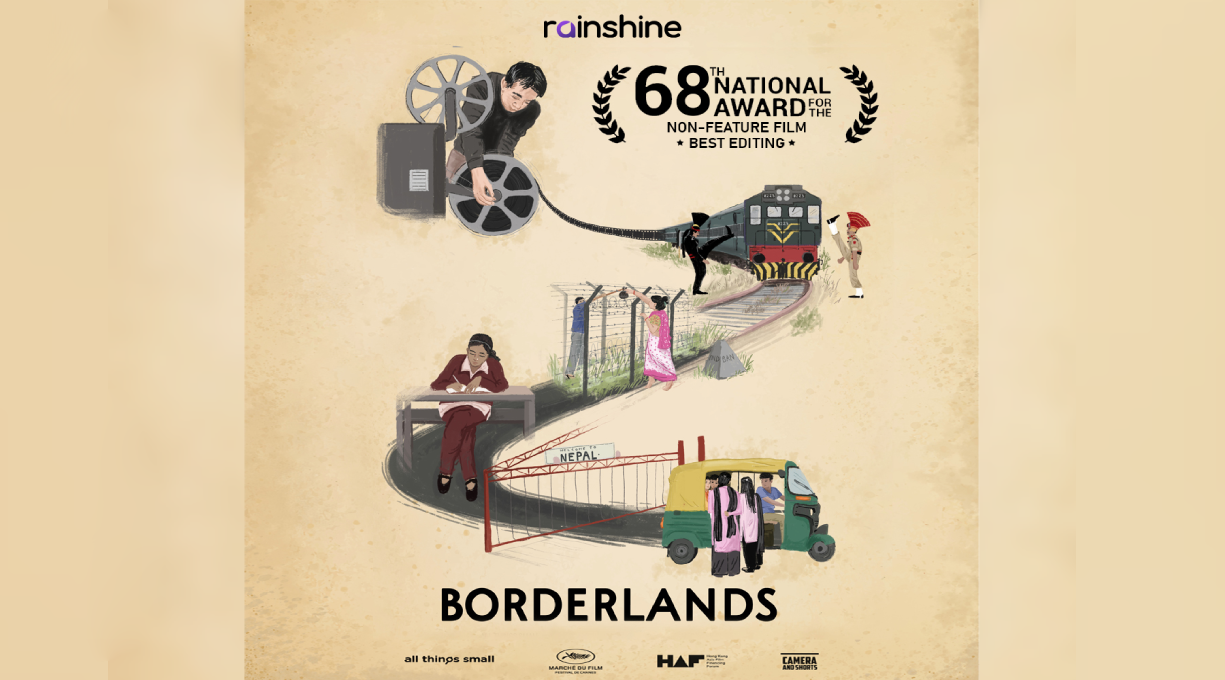 
Borderlands has already received multiple awards and accolades across acclaimed film festivals. Its laurels include an Official Selection to the Chicago South Asian Festival 2021, selection to the 22nd Jio MAMI Mumbai Film Festival, and a feature at the Marché du Film- Festival de Cannes 2020. The film won the ‘Jury Mention Best Documentary Film Award’ at the 10th Washington DC South Asian Film Festival, among many others.


Stepping away from the mainstream and telling unseen and unheard true stories, Rainshine's documentary Borderlands is a story of hope. It follows the thread of hope that people living along India's margins hold on to as they face hope, danger, love, and longing on the borders between India and its neighbors. The documentary shines a light on the deeply personal stories buried beneath the political headlines in South Asia.


Speaking on the win, Anuraag Srivastava, CEO of Rainshine Entertainment (India), said: "We are thrilled to receive recognition from the prestigious National Awards for our documentary 'Borderlands'. This is our second National Award in just four years, and the encouragement is immeasurable. It furthers our vision to provide a great storytelling experience backed by a power-packed content lineup. Borderlands gives the audience a glimpse into the cacophony stirred into many lives, but a glimmer of hope persists for them. We congratulate and appreciate the entire team for their sincere efforts to create content that would initiate the right conversations."


Anadi Athaley, Editor of Borderlands, said: "We edited this film during the first lockdown; the endearing stories of our protagonists helped me cope with the uncertainties of the pandemic. Their resilience was what inspired the process of editing and our intention was to preserve their personalities and ensure that their dignity was intact. This was our base on which we constructed this film."


Samarth Mahajan, Director of Borderlands, said: "In the polarised times we live in, our aim with the film is to bridge intellectual differences with emotional bridges. Where 'Us vs Them' precedes the understanding of Us and Them, the film intends to make one notice similarities over differences. This award will hopefully enable the stories to reach wider audiences and build some bridges."


The documentary highlights raw, honest, but incomparably gentle and tender hyper-local stories. Among those sharing their stories are a number of extraordinary human beings, each living on India's border with a different country. There is Imphal's Surajkanta, a filmmaker who tells the story of both Manipur's militant struggle and special place in India; Noor, trafficked into sex work and rescued; Kavita, a young Nepali woman, trying to stop the trafficking of women into India; and Rekha, the filmmaker's mother, who lives near the Wagah border. These stories of ordinary people caught in cultural fault-lines form the focus of Athaley's award-winning editing showcases.